I was watching house hunter tonight on HGTV and I am amazed at the stupidity that I see from those who have endless money. So if you don’t have a door to close off the toilet is that is a deal breaker? shut up… Do you fart in front of your spouse? My husband knows that this is healthy as the doctor who did my intestine surgery 30 years ago stated that passing gas is essential so get over it, oh my god. If you have a place to sleep, people you love, I don’t care if it is a one room shack, celebrate… thats all

Today I attended my CPR/first aid certification course. I arrived and a man with a keg beer belly and long white hair was in the back of the room, also a participant. I being friendly Fran spoke to this ass hat and asked him where he worked in our organization. He informed me he is a crew chief for one of our offender work crews. Ok I am passionate about rehabilitation and second chances so I engaged in a very brief conversation.

What the hell, this dude in 3 minutes asked how long I worked for our company. When I replied that I relocated from Idaho. The first thing out of his mouth was how could I move from such a beautiful state with such wonderful Trumpster conservatives. Ugh that’s exactly the reason I moved to get away from the bigots I watched treat non white and LGBTQ like shit my entire life.

The point of this post is to demonstrate the quality of people we have working with men trying to rebuild their lives. I cannot imagine how he treats the work crew participants and know for certain in just 3 minutes it is horrible. We have to identify and stop allowing people like this man to have any power or influence with anyone coming out of the criminal justice system. 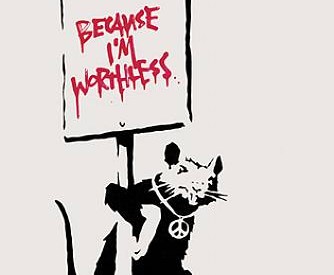 I hope that I am not the only person in the world that has at some point in my career has worked with someone who you have no idea WHY they still have a job. This has been one of those weeks. This is the person we all know that starts something and never finishes anything. They are however great at asking someone else to take on all the tasks they have yet to complete because they are just to swamped with work, WHAT work you have done nothing in 5 years.

The boss for some reason likes them and gives them special projects which leads to the creation of new time wasting 100 step processes that no one can follow. When you provide feedback that it doesn’t work it becomes a “I’m just the messenger” or “it’s been approved by the committee” already. Who is the committee exactly? The worst part is they truly have no expertise in ANYTHING but feel they need to change everything or tell you how they believe you can improve what you are doing, REALLY…. JUST STOP ALREADY

So today i get a email saying in order to continue to use the application i must verify my identity on facebook. Ugh no i am not sending you a copy of my drivers license, utility bill, or anything else for that matter, bye.

I wonder if they really thought about tjis before making this change, twitter and snap will now be my new posting spots, thanks but lets,see how well this goes over. For anyone who provides this, your dumb.

Ok I’m old and it has been 26 years since I got married in a 30 dollar dress from Macys. Today I an watching say yes to the dress on tlc and these brides take all their moms, friends, critics, etc. And they are spending thousands on a dress. The friends always have an opinion and don’t like what the bride picks, really?  If you are getting married everyone elses opinion does not matter, pick the dress you love even if you look a hot mess.

I can tell you from experience the price of the dress has nothing to do with the marriage lasting, clearly by the divorce rate in the US. I love that you want to look beautiful on the big day but that 5 grand could be the down payment on a house or payoff a credit card or car loan making marriage a whole lot easier.

I know way to practical but real people have bills and the struggle for most of us is real. Stop letting your friends dictate your choices as most of them probably wont be around in 10 years anyway, real talk..

We moved into a neighborhood just over a year ago that has a homeowners association which can be both good and bad. I was excited because everyone’s property is maintained but not so happy because some of the rules are silly in my opinion. I went to several meetings when I first moved in and it became evident that if you were under 75 and not retired that you did not fit in with the board. The next month they had elections and someone put in my name for president to ensure that the homeowners were actually being listened to since the CC&R’s have not been updated since 1998. Well on election night the old guy we will call him Bill won the vote because his friends on the committee would not count 50% of the votes for people whose homeowners dues were not paid in full, which is nowhere stated in the rules so super illegal but ok.

Last night was the first meeting I have been to since and talk about a shit show. Bill had an attitude from the jump when myself and the one other homeowner from the community arrived. The other lady who attended the meeting during Q&A time ask if there was a reason that the trim on her townhouse was a lighter color than our newly painted trim and this dumby said well we live in a single family home and you only live in a townhouse. Ugh ok that was not the question. You see where this is headed right me being young and full of spit and vinegar.

We moved onto holiday decorations and I asked what the date is that decorations needed to be removed and if they weren’t down what the process was for the committee. The vice president (Jill) made a joke and said well after 2 weeks we rip them down, everyone laughed and Bill lost his damn mind.

He looked directly at me and said what are you laughing at and I said Jill’s joke, he then proceeded to tell me how he was providing me the opportunity to improve my “reputation” in the neighborhood because no one voted for me for president because they didn’t like me, so it was on at that point, I knew I was dealing with a 12 year old. I said ok well let’s review the facts, 50% of the votes weren’t considered and if they were you wouldn’t be president but that is beside the point your issue is you don’t want anyone questioning or disagreeing with you. I think you have forgotten the whole purpose of this meeting is to allow owners to voice their concerns and provide input so if you don’t like that too bad, I am not intimidated by you being belligerent. He stands up and says I can’t stand you and I am leaving, I said great. I continued to smile and that made him even angrier as he stormed out pointing his finger at me the entire time. Good lord he has truly lost his marbles.

Needless to say after he left and Jill (the VP who made the joke) took over the meeting and it was fantastic. We talked about welcoming new people to the neighborhood; how to improve communications, etc. so I am hopeful today that Bill is resigning, ha. If not I’ll show up at the next meeting.

So let me tell you a irritating story. A young lady is working at a store and another woman comes thru the line to check out while breast feeding her baby. The younger girl posts online, I can’t believe this lady came thru my line while breastfeeding, nothing derogatory, no mention of where she worked, just a statement. So someone finds out where this girl works, replies and all Hell breaks loose. The lady who was breastfeeding demands an apology from the business, the girl is suspended and a whole gang of breastfeeding moms are having a baby feeding sit in while being given refreshments. Really since when did making a statement become a crime, don’t we have freedom of speech in this country. Now let’s be clear, I could give a rip about seeing a woman’s breast or her feeding her child but I believe we as a society have become so stupid that we feel the need to organize a sit in for a comment posted online. If you have the right to breastfeed than this woman should have an equal right to her opinion. I’m irritated by everyone’s need to make everything a cause to prove a point…